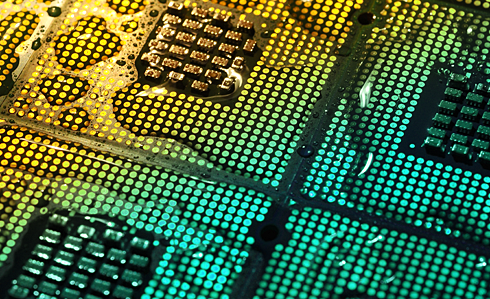 Spotlight on Products and Technologies

White paper, such as copy paper, is all around us. Since the bleaching process that uses hydrogen peroxide to bleach paper and pulp instead of chlorine gas was introduced, demand for hydrogen peroxide has soared. Hydrogen peroxide is also used in a number of other applications, including industrial oxidation, cleaning in the semiconductor manufacturing process, and pollution/waste water remediation, etc.

We are working to further expand this business area by developing products that use hydrogen peroxide (derivatives). One of these is sodium percarbonate (PC), a solid form of hydrogen peroxide that is used as a bleaching agent for clothing and in dishwasher detergent, among other applications.

Our other derivatives such as acetyl hydroperoxide are used in a wide range of applications. For instance, Oxypail is used to sterilize plastic bottle filling lines and endoscopes, and food additive OXYATTACK is used for surface anti-bacterial treatment of meats, vegetables, and fruits. OXYATTACK is designated as a food additive by the Ministry of Health, Labour and Welfare. This product was developed using our accumulated expertise. OXYATTACK can be used for surface anti-bacterial treatment of beef, pork, chickens, vegetables, and fruits. Compared to conventional disinfectant agents, it causes less deactivation due to the presence of organic substances and reduces the amount of washing water usage. Because of these features, OXYATTACK is drawing the attention in the food industry.
For agricultural and gardening sectors, we supply M.O.X. which is an oxygen supply agent (soil conditioner) made primarily of hydrogen peroxide and is gentle to the environment.
M.O.X. is also used as a pesticide in fish farms and protects fish from parasites. It promotes the healthy growth of fish without contaminating the seas. 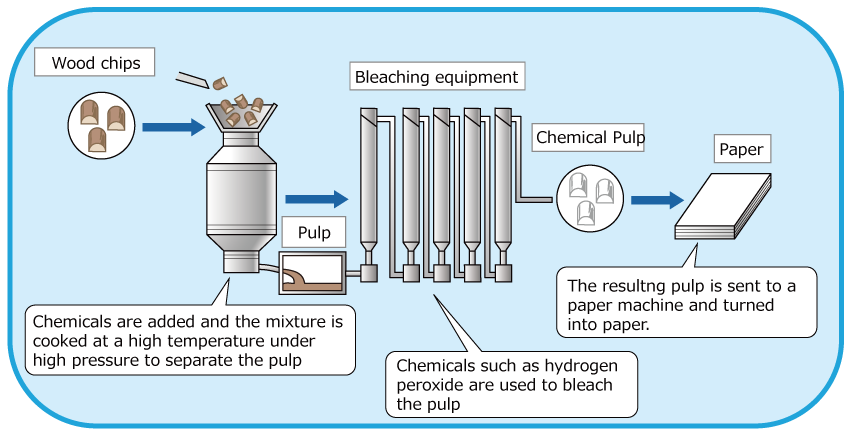 An Overview of a Typical Paper Pulp Bleaching Operation